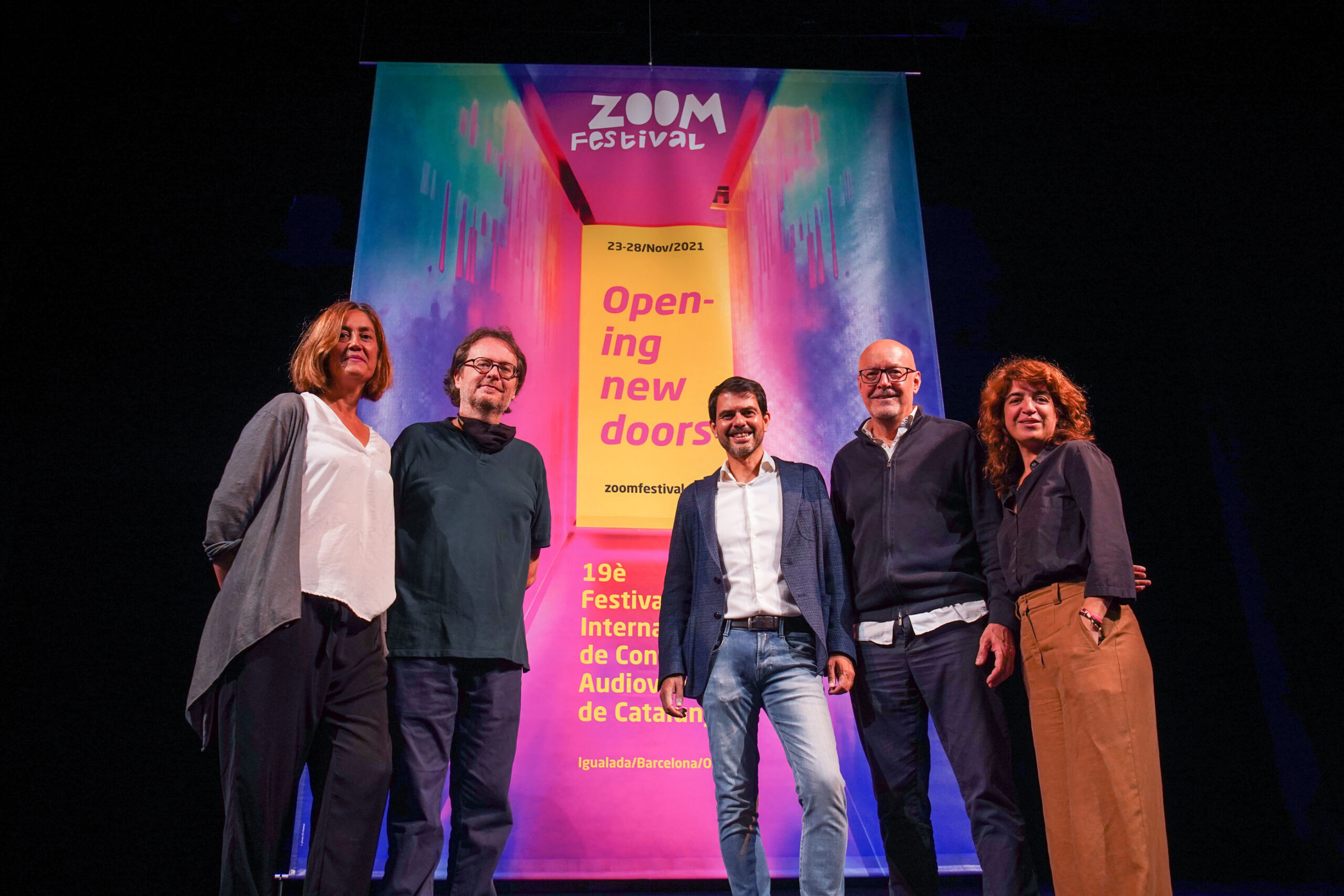 The  Zoom Festival – International Festival of Audiovisual Content of Catalonia will be held from the 23rd to the 28th of November in Igualada with the aim of opening up to a younger audience with the addition of various technological platforms and a new category of video games to the Official Section, which aims to give visibility to more interactive content aimed at the so-called ‘Generation Z’.

The inauguration of the festival, in which a TV3 production will be released, will take place on Tuesday, November the 23rd, and the awards will be given on Saturday, November the 27th. The festival arrives to the 19th edition with the aim of becoming a strategic event for the city of Igualada and for Catalonia. Last year, Zoom presented itself in a virtual format due to the pandemic. This year, most activities regain their face-to-face quality, although a hybrid format will be maintained to reach more viewers.

Since May, the festival has received a total of 130 registrations from up to 16 countries in the various categories of the Official Section (Entertainment, Information and Sports, Culture, Fiction and Video Games), which is 30 more than those received in the previous edition. Of the 130 projects submitted, 47 have been selected for the Zoom Awards.

The new image of the Zoom, created by Pep Valls and under the slogan Opening new doors, wants to be a metaphor for opening the event to new content such as video games, which must also allow reaching new audiences and new producers. It was presented this Wednesday in Ateneu Igualadí with the presence of the mayor of Igualada, Marc Castells, the co-directors of the festival, Anna Cervera and Jordi Comellas, and Mireia Claret, president of Ateneu Igualadí.

Another noteworthy development is the addition of a League of Legends video game championship, which will be played online in November, the final of which will be streamed online for everyone to follow. In the same vein, the festival will have a new Twitch channel this year.

The 19th edition of the Zoom Festival will, for the first time, award the CIMA-Zoom Festival Award to the Best TV Format for Gender Equality, as well as a new award for Best Streamer, which rewards audiovisual content on social networks.

In addition, local productions will also have their space with the Zoom KM.0 section, and the best Catalan-language productions will be eligible for the D.O. Catalonia Award. Zoom Festival’s management will also award the Honor Awards, which will be announced shortly.

Call for Talent Campus of Formats

The Zoom Festival is committed to training with complementary activities such as the Talent Campus of TV Formats, an opportunity for young creators to develop ideas for new formats for television or other channels, for which its registrations are open on Zoom Festival’s website until 30th October; and Zoom Class, master classes taught by professionals in the audiovisual sector, which in this year they also regain their face-to-face quality.

On Tuesday, 25th of September, the Zoom Festival presented its image for the 16th edition…

Laura Rosel, Polònia and La Resistencia will be rewarded with the TV Formats Zoom Awards

The Zoom Festival, which will take place from the 20th to the 25th of November…